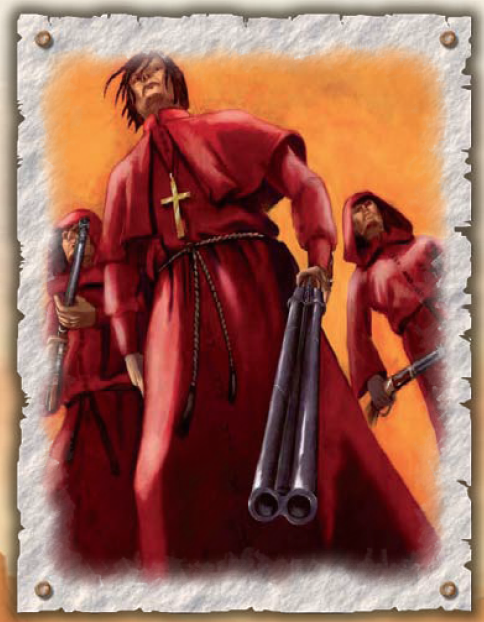 The Guardian Angels are the enforcement branch and foot soldiers of the Church of Lost Angels. The lowest rung of Grimme's Followers, they wear blood red robes and act as the enforcers of Grimme's will inside of Lost Angels. Their chief benefits are fanaticism and numbers. Increasingly, they've been conducting missions outside of the city, including taking over the town of Progress.

Guardian Angels are typically organized into squads of five, and are lead by Avenging Angels.