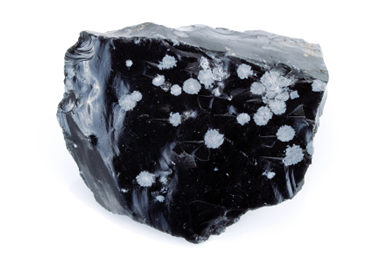 Ghost Rock is a new, incredibly valuable superfuel that was discovered shortly after the Great Quake of '68, in all the newly exposed chunks of California. It turns a hundred times hotter and a thousand times longer than coal, has all sorts of potent effects when used to make steel and can modify the human physique in incredible ways when ingested in carefully controlled quantities.

Ghost Rock has made possible the New Science, the creation of powerful new technologies that are changing the face of the world, and let the Confederacy fight the Union to a standstill.

Ghost Rock resembles regular coal, with white impurities in it. These impurities, scientists claim, are what give it its unique properties. The fact that they create smoke that looks like damned spirits and give off an unearthly scream when burned is merely a coincidence.

The substance is available in the largest quantities in the Maze, though there are deposits elsewhere, such as in the Sioux Nations and a few mines in Deseret directly controlled by Hellstromme Industries. The push to secure a reliable route to the Maze to gain control of Ghost Rock shipments is what drives much of the conflict in the west at the moment.